The celebration of All Saints’ Day or Halloween continues in many Massively Multiplayer Online Role Playing Games. Therefore, I decided to write the second part of the article about these most festive events.

Well, well… let’s see what indoor gaming events are still waiting for us on this legendary and beloved holiday.

The massively popular multiplayer first-person shooter Destiny 2 has been shrouded in darkness for the past few years as the game’s annual “Festival of the Lost 2022” arrives. As before, players will have to complete various quests to earn a special reward in the form of the Mechanomacabra sniper rifle, as well as a variety of cosmetic items such as scary helmets, emotes, and exclusive vehicles.

You can also go to an enchanted sector to fight fearsome monsters with pumpkins instead of heads. They can be found on the EMZ. In addition, the authors of Destiny 2 released a bright video dedicated to the Festival of the Lost event. Rate it.

In the meantime, watch the coolest trailer for the event.

The Masquerade of Liars event is back in Neverwinter today, offering the usual set of Halloween-themed quests to complete and rewards to earn. There will also be several new rewards to earn, including the Owl Bear Outfit, the Witch’s Broom, and the Dropped Object Mask.

There will also be one small change to this year’s Liar Contest community event. Teams will no longer be split based on previous years’ winning teams, and the oldest team will be removed each year to make room for a new one. Team Clan of the Fallen will be joining Madcap Mashers and Toil & Trouble as this year’s new team.

As with previous versions of the Contest of Liars, players will be tasked with collecting treats by completing daily quests. The team with the most treats at the end of the competition will be declared the winner. All members of the winning team who reach the minimum deposit amount will receive a free gift and additional bonuses.

Meanwhile, the Roth Valley tournament is in its final stages, so if you’re still aiming for that account-sized adorable panda, you’d better pick up the pace.

Well, of course, how without my favorite MMORPG? Yesterday, a legendary annual event started inside the online scrolls. Witch Festival.

The Witching Festival began on Thursday, October 20 at 10:00 AM BST and will end on Tuesday, November 2 at 17:00 BST. During this event of fear, you can get unique event rewards, including skulls with loot, an increase in experience, event tickets and collectibles.

So, how to take part in the terrible celebration?

Open the Events section of the Crown Store and collect a free quest item from there.

As for awards and other pleasant things, this year we are waiting for:

For defeating each boss during the Witches Festival, you will receive not only the usual reward, but also a skull with loot. These chilling containers will contain the following items:

In addition, for the first victory over each boss, you will receive a special Dremora skull with loot. In addition to the above items, you can find additional rewards in it:

See also  Contrary to rumors, Google is not shutting down Stadia

At the last holiday, there was information about the drop of heads of the Dremora crafting motif, which depend on the type of boss killed: 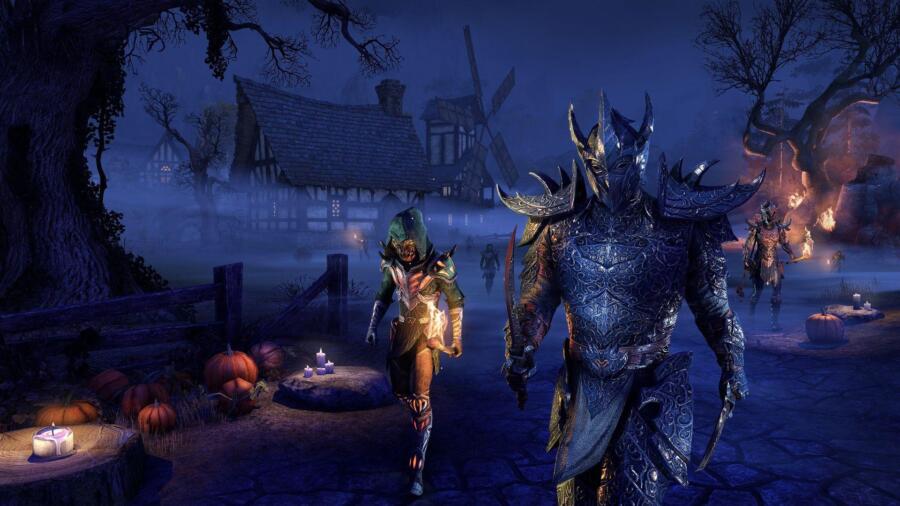 So let’s get ready to grind and have fun.

And that’s it, finally, that’s all! Now you know everything there is to know about Halloween this year!

Seraphim Season kicks off in Destiny 2

Online shooter Valorant has been updated with a quick game