Celebrating 2023 in your favorite MMORPGs

The year 2022 is coming to its logical conclusion, which means that the New Year’s Eve fuss of all kinds begins, which embraces you and me every year no matter what.

And also according to the schedule in the various massively multiplayer online role-playing games we love, festive events are coming and as a rule, my New Year holidays, like, probably, most of the real MMORPG fans, will take place in these events.

Therefore, our annual article dedicated to the best New Year’s events is published as usual on schedule.

Well, I would like to open our New Year’s article with a game that has made a lot of noise in recent months and has been discussed very often. Even, probably, not so much her as her successful rebirth.

So, from December 14 to January 4 in the multiplayer first-person shooter Overwatch 2. There will be a festive event, Winter’s Tale 2022.

During the holiday, players can take part in four temporary modes, such as:

For the Holidays, players can get Brigitte’s Epic Ice Queen Skin for free. To do this, you need to complete four special tasks.

In addition, until January 4, 2023, there is an opportunity to get the victory pose and the legendary skin for D.Va by watching streams on Twitch for 2 and 6 hours, respectively. Be sure to link your Battle.net and Twitch accounts before watching.

A stylish holiday video can be viewed below.

The isometric MMORPG with survival, which was released a couple of months ago, is also getting ready to celebrate the new year.

Juvty Worlds has released a big holiday update for version 2.2.332 for their fantasy survival MMORPG Wild Terra 2. From 17 to 10 January.

You have to explore the Krampus Winter Forest and catch strange rabbits.

In the mountain gorge of the Winter Forest, the sorcerer Krampus and his crazy elves decided to create enchanted toys – black rabbits (a symbol of 2023). They were supposed to come to life, steal New Year’s gifts and naughty kids. The experiment was not entirely successful, most of the rabbits turned out to be white, some mutated (some many times!), The toys refused to listen to their leader.

See also  The Callisto Protocol no longer belongs to PUBG

In addition to the event, New Year’s buildings and special rewards appeared in the game. 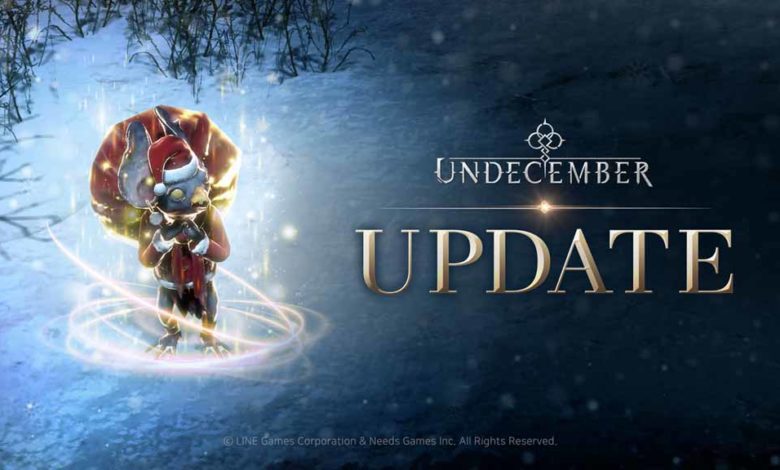 And here is the best answer Diablo Immortal which, by the way, is translated from Russian as “Nedkabr” also celebrates the new year.

December 14 the game launched a festive event with new runes and Christmas and new themed cosmetics, a New Year tree in Saluto and Santa Pura (a golden goblin dressed as Santa) in the area of ​​​​this place. New runes will improve magical attacks and elemental damage.

So, in my opinion, now is the time to try out a new, completely fresh game this holiday season. In the meantime, watch the trailer.

And of course, it would be strange to do without the most popular royal battle in our annual list.

Apex fans c December 6 2022 can see the return of the Holiday Winter Express mode to the game with the Winter Chill event, as well as several new features.

“Winter Express” is designed for “triples” and the main goal in it is to capture the composition, rushing across the map World’s End. By participating in the new mode during the Winter Chill event, you can collect up to 24 themed appearance items, including outfits for Bangalore, Crypto, Newcastle, Valkyrie, Gibraltar and Bloodhound. The extraction of cosmetics will be carried out from event containers or for Apex coins.

Additionally, a test system will appear in the game, where completing tasks and earning points in matches (no more than 1600 per day), various rewards are issued.

In the meantime, watch the trailer for the holiday.

The New Life Festival that started, December 15, and will last until Tuesday, January 3 at 18:00 Moscow time.

During this event, as usual, players will complete daily quests that can be obtained from the herald of New Life – Brada in Eastgloom, for which they will be able to receive various rewards (the new reward this year is the pages of the new style of outfits of Eternal Green) and tickets events (3 per day, 60 for the entire event), as well as double the experience for using Brada’s bottomless mug of honey.

And the Impresario will have all the components of this (2022) collectible items available for sale.

in my opinion, this looks like a great reason to break into the game again and celebrate the New Year holidays in it.

God of War: Ragnarök will not be ported. The release may take place on November 11

Silent Hill’s new film adaptation is due out in 2023

First trailer for New Tales from the Borderlands

A remaster of Rise of the Triad, the classic 1995 shooter, has been announced